Just before Thanksgiving one of the two projectors in the worship center at Lighthouse died. With that event, the visual elements of the church's upcoming Christmas programs were put in jeopardy. Because of our long-standing partnership with Lighthouse, their first call for help was to Strata.

This "crisis" gave Strata an opportunity to rethink the church's projection setup. The original projectors were lamp-based and delivered around 3,000 lumens - when the lamps were new. The 4:3 screens were pushed to the extreme left and right on the upstage wall. The resulting images were barely bright enough to be seen over the stage lighting and the viewing angles prompted the congregation to look everywhere except to the pastor or worship leader at center stage.

The new installation is quite a departure from the original setup.

Projection is provided by Digital Projection E-Vision 9,000 lumen laser projectors paired with Draper Cineperm 16:9 screens. The screens were moved toward center stage as close to the baptistry as possible. This new location directs the congregation to the center of the stage and helps them stay much more engaged in the music and teaching.

The new screen position gave us the opportunity to backlight the screens. Environmental Lights RGBW strip lighting was mounted behind the screens to provide a backlight glow from the angled corners of the upstage wall. These DMX-controlled LED strips can be color matched to the content of the lyrics or video displayed on the screens. 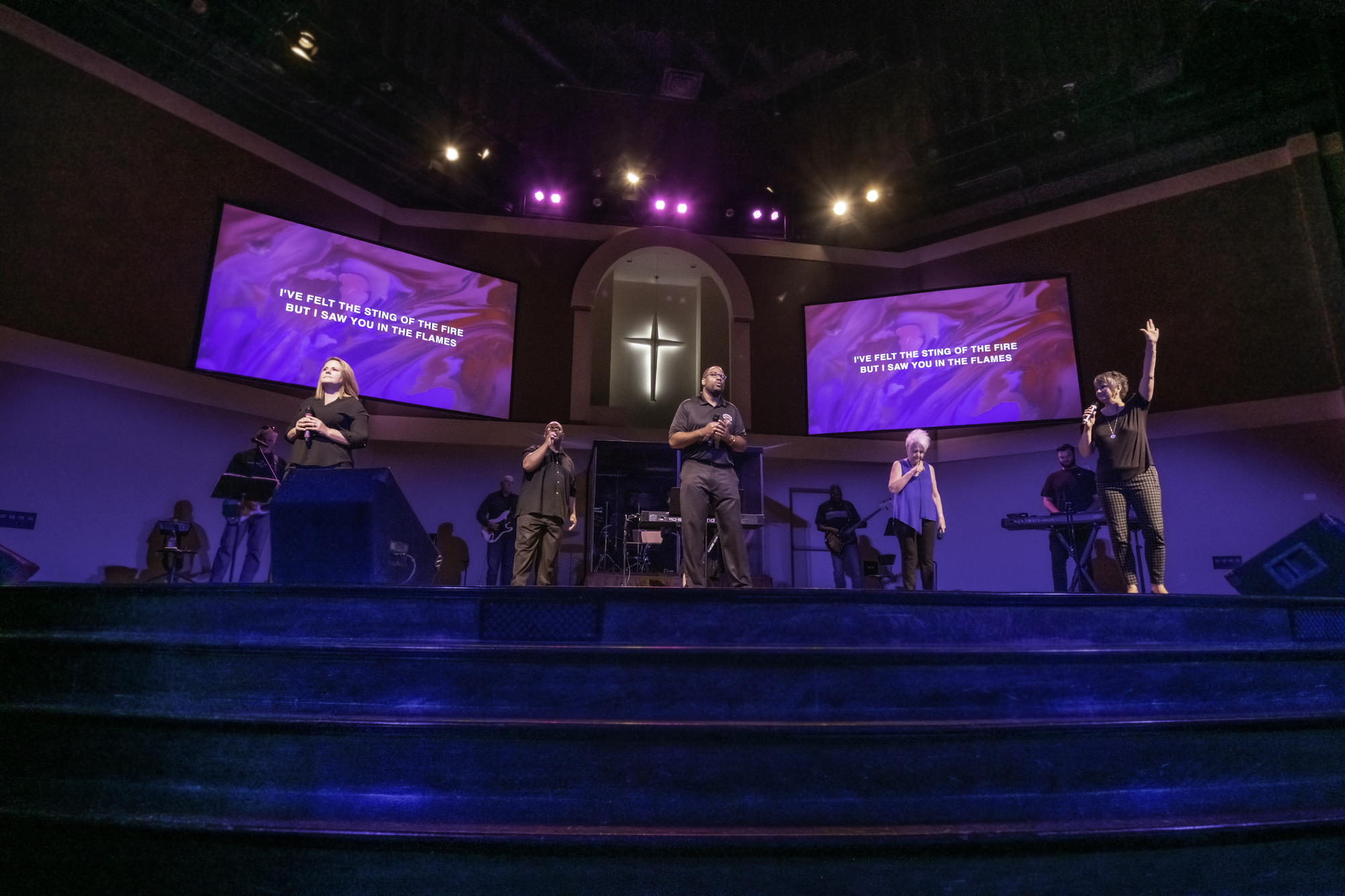